The Art of Creation: The Daily Miraculous

July 1, 2021 - Borrowing the lens of this poet to look at the world can help someone see what is around them with new eyes. By Louise Conner

Borrowing the lens of this poet to look at the world can help someone see what is around them with new eyes.

Your Secret Language
by Brian Doyle

Saw two hawks, courting, this afternoon, over a river,
And after fifty years of raptormania, I know the clans
Well enough to note that these were Cooper’s hawks.
They jostle and fence and dicker and harry and whirl
For a while, and then a redtail saunters into the scene
And for some reason makes a sudden run at the male
Cooper’s, upon which the female spins astonishingly
And drives the bully off with such rage that I ducked,
Down below, watching this. Then the little hawks go
Back to dickering about who should ask the other for
A dance, or whose turn it is to snag dinner, or if they
Should try to have one last kid, or whatever it is they
Were nattering about, up there, over the old oak trees.
These things are always happening, aren’t they? And
We see only a tiny fraction of them, and they are wry,
And perfect and terrible and everything for which we
Have no words, really. I used to be greedy—I wanted
To see and hear everything. I wanted to be god. I did.
Now I just want to invent songs for the few miracles
I am allowed to see. There will come a day when I’m
Incapable of words, probably; the apt fate for writers.
I’ve always been terrified of that—to be sentenced to
Being mute, in such a glinting merry sea of sentences.
But now I think I would be happy to watch the hawks
Whirling and dickering and jostling in the transparent
Sea of the air. Just to see them. The seeing is a lovely
Word all by itself. We hardly ever admit we are alive.
Whatever reminds you of that is your secret language.

The writing of Brian Doyle is rooted in observation. He looks around him and sees things.  In his poem, Your Secret Language, he looks and sees two hawks courting, watches them being interrupted by the larger hawk, and after that exchange, keeps observing them as they return to whatever kind of conversations hawks have. This seeing is, as he concludes in the poem, his secret language.  It is what reminds him that he is alive.

Not long ago, early in the morning, I sat on a log at the edge of the Puget Sound, watching patches of dappled light skip across the bay, carried by the currents. The flashes skipped from one ripple to another like a person hopping from rock to rock across a stream. The light would spring up for a moment on an edge of water raised by the wind and then fade away again as the wind fell or the current changed direction. There were swallows swooping low to the water, almost touching the surface and then rising in a curve, circling again and again in front of me, almost close enough to touch and occasionally coming close enough for me to hear the sound of their wings. Sometimes their wings caught a gleam of sunlight. Every once in a while, I would close my eyes so that I could better hear the tiny waves ripple against the shore. The constant movement all around me created an intense awareness that I was alive—and was glad to be!

Doyle's writing tends to exuberance. His "proems" as he called them—a hybrid of poetry and prose—are fitting vehicles for his often long, complex sentences which mimic his view of the world,  a world chock full of things to see, describe, and delight in.  In phrases such as "whirling and dickering and jostling," I see the "glinting merry sea of sentences" he talks about in his poem.

His poems show us what we might overlook, tapping us on the shoulder saying, see, right there, look to the left of the pole and to the right of the tallest tree.  It reminds me of how I used to point out wildlife to my kids when they were growing up, urgent that they could see what I saw. Doyle, who died in 2017, saw the world around him through the lens of his Catholic faith and through grace. In his conversational, honest approach to God, there is a steady stream of joy and awe.  Immersed in the happenings of each day, experiencing new things and receiving them as wonderful gifts, his way of seeing doesn't grow tired or jaundiced by living. Even after 50 years of "raptormania," watching raptors hasn't grown old. He still sees something miraculous and new.

To Doyle, the miraculous isn't a once in a lifetime thing; these things "are always happening."  The implication here is that we just need to look for them. There is a wonderful weight in being "allowed" to see miracles. That allowing is what makes these moments of grace, since it suggests a purpose and deliberateness. If the moments of grace are given to us, then seeing them is gratitude and pointing them out to others is a form of witness.

In another poem, Grátia Pléna, patterned after the Ave Maria, Doyle looks around and notes that it isn't just those single stunning moments of awe which are full of grace.

In the school playground in the woods at the coast in summer
I am praying the rosary using everything as beads. Hail raven
Full of grace the Lord is with thee. He was also once gawking
And perfect and croaked and mewed and those who heard him
Grinned at the piping of this rough new stammer of a creature.
Blessed art thou thimbleberry and last salmonberries and crow,
The blackberry clans, the nervous young doe. The fruit of such
An unimaginable inexhaustible womb. The robin so concerned
With good posture, the damselfly who silently says a new thing
About the color blue, the furred moths, the swerve of swallows.
Dóminus técum, brothers and sisters. The Lord is with thee, yes,
And with the boy with the baseball and the girl in the tall prayer
Of the grass, and the other boy clonking rocks and shouting hey,
Crawdads! The Lord is with them, in them, from them, all of us,
All of it, now; we have to remember to forget so as to remember.

Jesus' embodiment as a "creature," physically present, coming into the world "gawking and perfect and croaked and mewed," sets the stage for recognizing that everything in the physical world is blessed; "all of us, all of it" are saturated embodiments of grace. Seeing that blessing takes careful observation and a mindset that is eager to recognize the blessings.

If, when we look at the world, we see everything as blessed and blessing, it means we are living in a world that the Lord is with, loving and upholding it. At a foundational level, Doyle sees the world as blessed. He is clear-eyed about the brokenness inherent in our lives, but primarily,   "The Lord is with them, in them, from them, all of us, All of it, now." The grace may be "thorny"  (as captured in one of Doyle's titles), but still grace remains the central reality of our world, brokenness is atop the grace, not the other way around.  And, if we see the world and its creatures as fundamentally blessed, life in this world is not a just tribulation to be endured, but a gift to treasure and attest to.

Reflection Question:  What reminds you that you are alive? How can you better see the grace that is all around you?

Find out more about this author or check out his books. 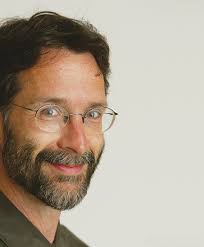 Don't miss a post! By subscribing to The Ecological Disciple, you will receive new posts directly through email every Monday and Thursday.  It's easy and free, and you can unsubscribe at any time.

July 5, 2021 - Why do so many people feel disconnected and discontent? What do we need to find our place in this world? By James Amadon

The Art of Creation: The Daily Miraculous
Share this